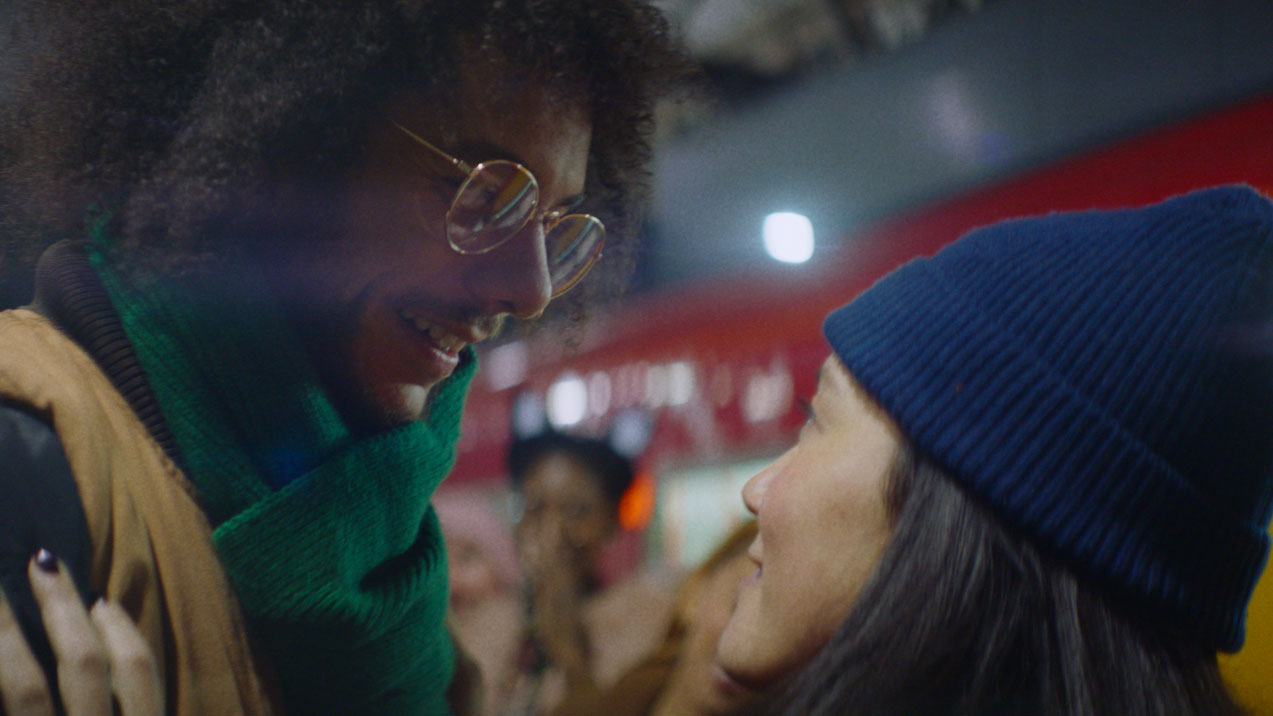 Lottery tickets. Isn’t it amazing that everyone wins all the time?

This “Christmas love story” scores by gently fusing classic romantic themes with, well, greed. Who doesn’t want to find true love? Who doesn’t want to win the lottery? The concept clicks, backed up by excellent narration from director Tom Hooper. It uses a light touch and understated realism to create emotional engagement and deliver, quite literally, a satisfying payoff. (Hey, young lovers, you can buy this train!)

The King’s Speech, which won Hooper the Best Director Oscar, received funding for a good cause from the lottery through the British Film Institute. “The National Lottery is a unifying force for good in the UK, with players raising more than £30 million each week for good causes,” said Matt Ridsale, executive director of Camelot, the company that runs the lottery. “This latest campaign is about our ambition to bring people together. It also taps into the feelings of hope and possibility we collectively experience at Christmas, showing that it’s always worth taking the chance to win big.”

An instrumental arrangement of George Michael’s “Faith” by Sleeping at Last provides the soundtrack. It feels lush and evocative here, entirely appropriate to the story but completely removed from its rockabilly roots. The initiative also includes photo booths at UK train stations that will project photos of passersby onto nearby OOH digital screens.

“At a time when the nation needs a little magic in the air, we wanted to create a larger-than-life story about the lottery and true love: two games of chance that make the perfect subject for a romantic comedy. Christmas,” says adam&eveDDB. ECD group Ben Tollett.

The agency’s sprites worked overtime to create campaigns for the season, each with a distinct flavor. As well as his push for the lottery, adam&eveDDB told a sweet story of foster care for John Lewis and celebrated farmers and suppliers at a festive venue for JL Waitrose’s brother.