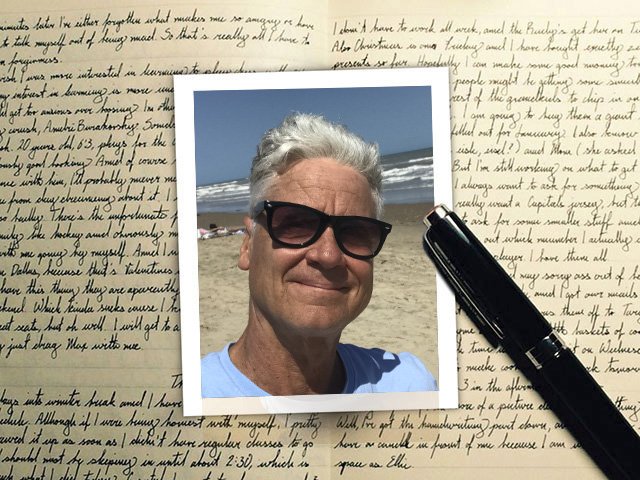 Ringing Tarzan’s scream seemed like a good idea. Until that is no longer the case. Still. Putting a Tarzan ringtone on your phone is what you do when you have time to spare, when you’re retired, sitting at a picnic table in a state park on the East Coast. Oregon.

It was a year ago this month. My retirement, that is. I produced political news at PBS Wisconsin for 32 years, which is to say I don’t give a damn about politics. Huge raging shits. Shits 24 hours a day. I didn’t give a fuck, especially the last three years of my professional life, otherwise I wouldn’t have been able to do it. Covering racial injustice, the Trump administration, and COVID — often at the same time — was a challenge. I crossed the finish line crawling over bloody stumps.

Once crossed, the relief was immediate. Almost as if nothing had happened. Of course, a lot happened in the first year of my post-career life. It’s just that it was things I didn’t have to worry about. At least to live.

My wife, Peggy, and I decided to celebrate the past month by doing what many retirees do: travel. We loaded up our teardrop-shaped little motorhome, ordered our black lab, Emmylou, into the backseat of the Highlander, and took a left turn out of our driveway on Rutledge Street. That’s how you get to Portland, Oregon.

One thing you realize at campsites across America is that camping is for a) young families and b) old codgers. Both groups have something in common. You enter a very important phase of your life without having the slightest idea of ​​what you are doing. The other also begins a very important phase of his life without having the slightest idea what he is doing. This was understood and communicated between our groups with complicit nods. A young dad walking his fussy baby at sunrise in a North Dakota campground freaked out a bit when our eyes met. “What the hell is happening?” his eyes seemed to say.

Rather than keep a traditional diary of our travels, we wrote haiku, which led us to reflect on specific moments of our day instead of long, generic memories. Old Desmond and Mary next to us at a Washington State KOA covered their rig with Trump stickers. We dismissed them as ignorant. Shame on us. When Desmond walked up to listen to my banjo one evening, tears ran down his face because it reminded him of his childhood in North Carolina:

Both voted for Trump for prez

Banjo made him cry

And one by Peggy…

It is my secret joy.

Before you get the idea that retirement is all about open roads, clear skies, and haiku, let me take you back to a morning last March. The weather was mild and the sun filled our room as we got ready for the day. Peggy turned to me and, in the sweetest, most loving voice possible, said, “You have to find a fucking job.” Our agreement had lasted for six months. Six months after retirement to see if I could sell enough stories to supplement our income so we could continue our lavish lifestyle. It wasn’t happening.

I remember seeing a sign at Jenifer Street Market, a block from our house, advertising delivery drivers. So I went downstairs, walked through the front door and went to the market. Within 10 minutes, I was shaking hands with my new 26-year-old boss. Within 15 minutes I was back home where I found Peggy in the kitchen.

“I thought you were in the bathroom!” she says.

Thus began my career of 20 hours a week delivering meat and produce to area restaurants. At first I was embarrassed, ashamed of being a truck driver when I had spent all those years as an information professional. Then I saw how hard people work in grocery stores and kitchens and I was ashamed of having been a journalist. You know. Foamy and soft hands. Chasing stories instead of burning my arms on the grill hood. Different culture too. The women in the kitchens all call me “honey”. No matter their age or youth. “I appreciate you, honey,” they say. At the end of almost every shift, my boss says, “You killed him!” Not much of that in the professional working world.

The main difference for me between professional experience and my work as a delivery driver is that, in the first case, I was doing my best and worrying all the time. In the latter case, I do my best and I don’t care at all. The greatest gift of retirement is perspective.

On the road last month we only had three disputes over 25 days and over 4,000 miles. But they were big (and Peggy’s count may be higher than mine).

The moments before an argument breaks out with your partner are like the moments before a car accident. Everything slows down. You can see it all coming, crystal clear. You have time to react but then it’s over you and all you can do is hope the airbag works. One of our arguments during the trip unsurprisingly took place in the car. It’s a testament to the reality that lovers argue about stupid things when I tell you the fight was about a rainbow.

We were tired. I guess that’s how you end up arguing about a rainbow. I was driving and Peggy asked me to take a picture of him with her phone. Hey, the rainbow was on my side and there were no cars for miles! Still. I didn’t take the direction of the shot very well. Things heated up and in the middle of the firefight, Tarzan’s scream rang out on my phone. Here’s how it happened:

“Get out of the car to take the picture!”

“It’s not raining that hard.”

You might think Tarzan’s entrance would have provided comic relief. Instead, he just made things crazier. We continued. The road has a way of unraveling problems. Even in silence.

We cannot always overcome our differences. It is the mundane, everyday journey that tests people. A day spent driving opens up possibilities that include the prospect of getting along. I found that there was a lot of room for retirement. All that brain space once occupied by the worries of full-time work? Bedroom. Aging comes with its own pressures. But gaining room to grow is golden.

Andy Moore is a retired political news producer from PBS Wisconsin and a Isthmus donor.

If you would like to submit an essay to Isthmus, please ask [email protected]