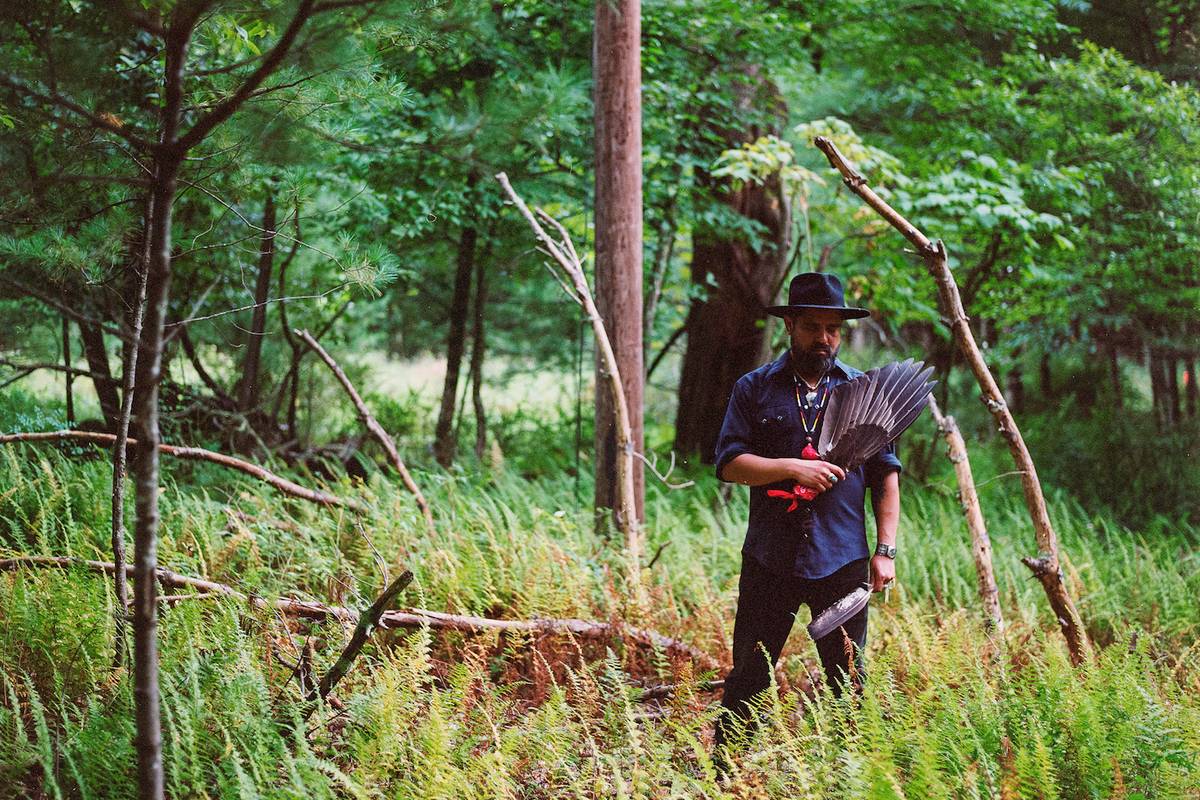 This week’s download comes from composer and arranger Cochemea and his upcoming album “Vol II: Baca Sewa”. You have seven days to download the song â€œMimbreÃ±osâ€.

Extract from the press release:

Cochemea Gastelum is a musical companion who draws on ancestral memories and family histories to wrap new flesh around the bones of history. In his 2019 Daptone debut, “All My Relations,” he combined musical inspirations from his Indigenous Yaqui / Yoeme heritage with perfected musical chops playing with the world’s top soul / funk and jazz artists to present exquisite meditation on the interconnection of all things. Its 2021 follow-up, “Vol II: Baca Sewa” is a daring, semi-autobiographical work that takes us deeper into the archives of family history, mythology and the cultural imagination.

Cochemea’s musical and spiritual synthesis is made possible thanks to his deep respect for the horn and the music and traditions that preceded it. It is in line with reed players who combine dexterity and inventiveness, creating expressive textures that make the horn sing in a completely new way. Inspired by heroes like Eddie Harris, Yusef Lateef, Jim Pepper and Gary Bartz before him, Cochemea coaxes the flute and electric alto saxophone to forge his own joyful, melancholy and contemplative sound signature.

“All My Relations” was a kind of family reunion, bringing together spirits, musicians, melodies and rhythms from its different worlds to define a contemplative, lyrical and always funk musical vision. Leading a nine-piece ensemble made up of New York’s finest percussionists and members of Daptone’s rhythm section, Cochemea has recombined ancient elements of drums, winds and vocals, creating his own world of emotional textures and rhythmic possibilities.

Critics and DJs received “All My Relations” with high praise. For Cool Hunting, it was a â€œtranscendent jazz experienceâ€. Pitchfork wrote: “in equal parts spiritual journey and unstoppable funk”, while Mojo gave the album four stars, noting that “the message of harmony and onenessâ€¦ is universal”.

The new album – “Vol II: Baca Sewa” – is a continuation of Cochemea’s explorations, part of a musical process of cultural recovery and healing. This work reflects the deepening of his connection to family and the custodians of memory in his lineages as he focuses on a particular line in his family tree. â€œBaca Sewaâ€ is the original surname of Cochemea before Spanish colonization. The melody was composed by Anthony Gastelum and includes the vocals and percussion of the Baca Sewa Singers, a group made up of several generations of family members.

“Vol II: Baca Sewa” is full of tributes and sound memories. “Chito’s Song” is a contemplative and ethereal tribute to a beloved uncle. “Curandera” evokes the memory of the irrepressible healing power of female medicine. “Black Pearl” is reminiscent of his great-grandfather, heir to a legacy of indigenous peoples enslaved as pearl divers in the Sea of â€‹â€‹Cortez.

As a soloist, section player and composer / arranger for the past twenty-five years, Cochemea has been featured with diverse and notable musical acts, tours and recordings with Sharon Jones and the Dap-Kings, Kevin Morby , Jon Batiste, Archie Shepp, Antibalas, Budos Band and Robert Walter’s 20th Convention, to performances and studio work for Mark Ronson, The Roots, David Byrne, Beck, Rick Rubin and Quincy Jones, among others. Most recently, he was featured on “A Few Words for the Firing Squad (Delisting)” on the famous RTJ4, from Run The Jewels.